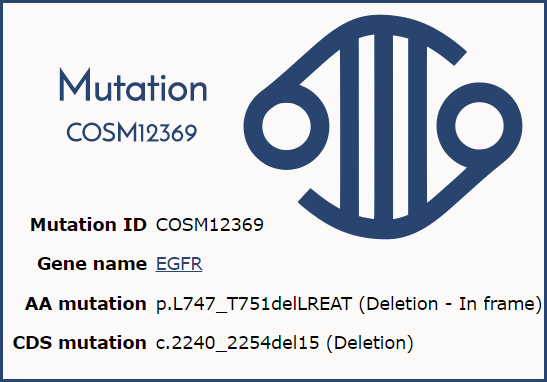 Where has my mutation gone?

It is the nature of maintaining a large database that there is a degree of turnover as mutations are reclassified and new information comes to light. As a result of our continuous efforts to ensure we provide the latest and most accurate information, we've recently received a number of enquiries regarding ‘missing’ mutations. Now that we have a blog, it seemed the perfect place to offer a clear explanation of why, in a few cases, mutations which existed in previous versions of COSMIC have been removed from the current version.

COSMIC contains millions of mutations, each with a unique ID which is stable across releases. However, over the years several mutations have become deprecated or merged with other mutations, which is why they appear to be missing from more recent versions of COSMIC. Below we have outlined the main reasons why a mutation may be removed:

Unfortunately, at this point we do not have a way of tracking the lifecycle of individual mutations in COSMIC, however we are looking at the feasibility of implementing such a system and will keep you updated on progress. If you have any further queries then please contact us at cosmic@sanger.ac.uk.