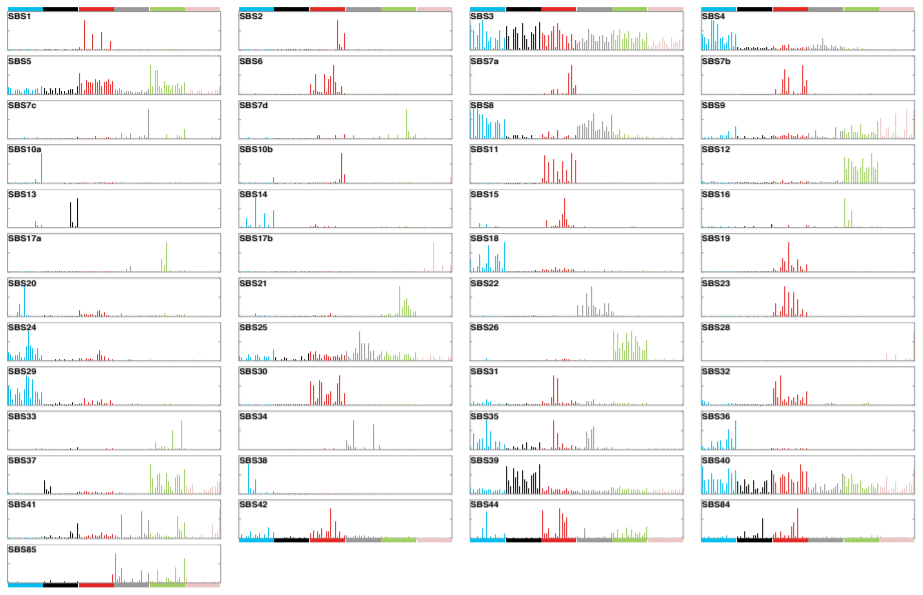 Somatic mutations are present in all cells of the human body and occur throughout life. They are the consequence of multiple mutational processes, including the intrinsic, slight infidelity of the DNA replication machinery, exogenous or endogenous mutagen exposures, enzymatic modification of DNA, and defective DNA repair. Different mutational processes generate unique combinations of mutation types, termed “Mutational Signatures”.

Want to learn more about how COSMIC can help you?