We’d like to share our exciting new developments and updates for COSMIC Mutational Signatures in our v3.2 release.

In our latest release, you will be able to find the following: 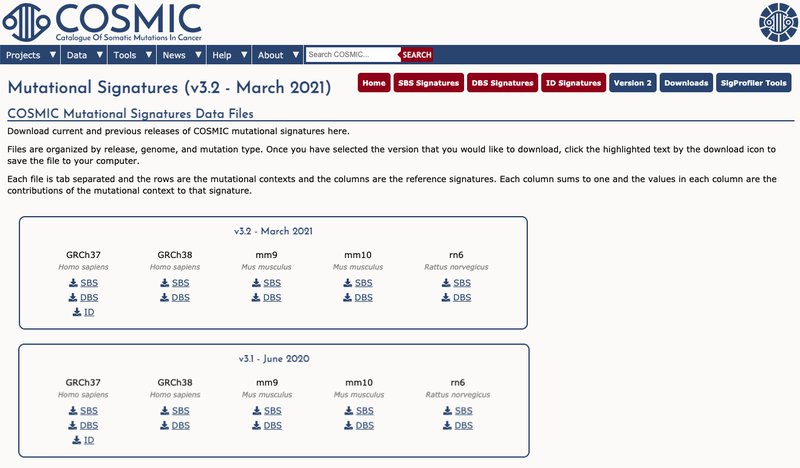 If you have any comments or suggestions regarding what you would like to see in any of the COSMIC products, including COSMIC Mutational Signatures please email us on: cosmicengagement@sanger.ac.uk.


Please follow us on LinkedIn, Twitter, Facebook and via our email announcements to keep abreast of the latest COSMIC news and developments. If you do not receive our emails, please update your email preferences, as shown below, in your COSMIC account.